Juba League leader arrested with phencidyl and yaba in Bogura 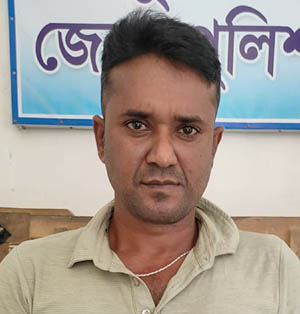 Police in a special operation under Dhunat Upazila of Bogura have arrested a Juba League leader named Forb Hossain, 40, accused in multiple cases.

At that time 4 bottles of Phencidyl and 30 pitch Yaba tablets were seized from him. However, sensing the presence of the police, Forhad’s younger brother, former Juba League leader Sohrab Ali, fled.

He was sent to Bogura District Jail from Dhunat Police Station on Monday afternoon. Earlier, he was arrested from his home around 2.30 pm on Sunday.

Forhad Hossain is the son of Abdur Rahman of Sadarpara in Dhunat municipal area and joint general secretary of Upazila Juba League. His brother Sohrab Ali is a former president of the Municipal Juba League.

Officer-in-charge (OC) of Dhunat Police Station Kripa Sindhu Bala said there was an identified drug dealer in the Forhad Hossain area. He was arrested with drugs and sent to jail through the court.