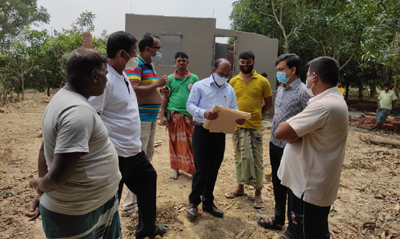 Meanwhile, UNO has taken a massive development work to serve the people of the upazila. He urges to the people of upazila to  implement the work smoothly.

It is known that in the year of Mujib, in the context of the directive of the Hon’ble Prime Minister, ‘not a single person of Bangladesh will be homeless’, two-phase house construction work is underway under the Asrayan-2 project.

It may be mentioned that the Hon’ble Prime Minister handed over 69,904 houses to the beneficiaries in the first phase on 23 January 2021.