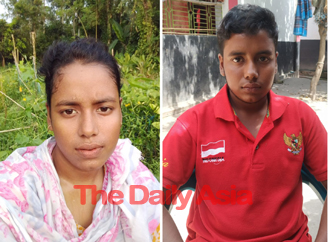 In Adamdighi, Bogra, a young woman named Jasmine Akhter (20) has suddenly turned into a young man. He has been named Jobaid Mandal as he has naturally become young. He is a child of Jalal Mandal of Laxmipur village in Nasratpur union of Adamdighi upazila.

After the incident came to light on Wednesday morning, a crowd of eager men and women from the village and surrounding villages started to see him with their own eyes. His parents and uncles were struggling to cope with the crowd. He has to be kept in one house at a time to avoid crowds. Even after that salvation does not match.

It was learned on Thursday afternoon that Jasmine Akhter, daughter of Jalal Mandal of the same village, was studying at Shawil Bi-directional High School from her grandparents’ house in Shawil village of the same union.

Corona is on leave during the tenth grade. As a result, the SSC exam form was not filled. Jobaid Mandal said he has been undergoing physical changes for the past three months. In the last month and a half, he has become a complete boy. He informed his grandfather Mubarak Ali about the matter. After that, Nana Mubarak sought medical help. Dr. Shajahanpur Islamic Hospital in Dhaka. Syed Shamsuddin Ahmed examined him.

He was told that he had changed from a girl to a boy because of the excess amount of male hormones in his body. This happens in 14 to 20 years. Jobaid Mandal added that he is very happy to be a boy. As soon as he became a boy, he cut his hair like a boy.