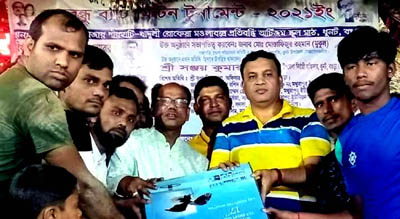 Dhunat Police Station Officer-in-Charge (OC) Kripa Sindhu Bala addressed the meeting as the chief guest on the occasion under the chairmanship of Mostafizur Rahman Mukul.

At the end of the discussion, the chief guest of the event, OC Kripa Sindhu handed over the prizes to the winners and runners-up. After that Manojna cultural program was held on the same stage.