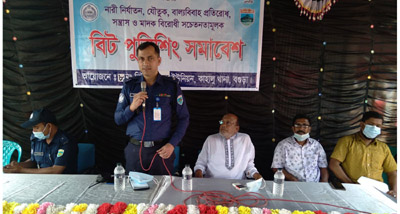 A beat policing rally was held at Durgapur Bazar in Kahalu upazila of Bogura  to raise awareness against violence against women, dowry, prevention of child marriage, terrorism and drugs.