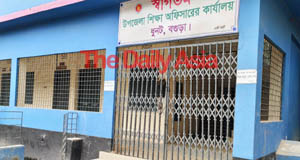 In Bogra’s Dhunat Upazila, a fraudulent gang is stealing students ‘stipends from parents’ mobile cash accounts with OTP numbers by calling fake teachers and officials. As of Sunday, there have been allegations of money laundering from at least a hundred parents by abusing the technology of the mobile banking system.

According to the Education Department, under the service activities of the Bangladesh Department of Primary Education, the stipend money of the students is delivered to the parents through mobile banking. But parents do not have a clear idea about modern banking facilities. At this opportunity, the fraudsters are deceiving the parents and sometimes they are using cash agents, sometimes they are manipulating the secret PIN numbers by identifying the education officials and teachers. As a result, the fraudsters are easily taking the scholarship money.

20,623 students of 204 government primary schools of the upazila have been taken under the stipend. This money is disbursed through mobile banking every three months. Every pre-primary student gets 75 rupees per month and first to fifth class students get 150 rupees. For the month of April, May and June of the fourth installment of 2020, an allocation of Tk. 98.65 lakh has been received. The money was sent to the mobile phones of more than half of the students’ parents from Wednesday to Sunday.

After sending the money, the mobile banking cash authority sends a message to the parents. Each parent is then asked to set a One Time Password (OTP) to open a cash account on the mobile number by phone. Parents can withdraw money when the account is opened. But since the money reached the mobile phone, the fraudsters have collected the mobile numbers of the parents of the students of different schools in the upazila and said that less money has been paid with the identity of cash agent, education officer and head teacher. Many parents give fraudsters a one-time password if they want to send more money at this time. Then the money was deducted from the mobile accounts of these parents.

At least 15 parents of Bhandarbari Government Primary School students, including Jahidul Islam, Lal Mia, Mahal Ali and Badsha Mia, said they would call the teacher and give him the number in the message. Later when I went to the shop to collect money with my mobile, I saw that there was no money.

In this regard, the teachers of some schools say that they have come to know about this fraud through their parents. Parents in rural areas are not so aware. They called and asked for the secret PIN number – they said so. And in this way the fraudsters have taken their money.

Dhunat Upazila Education Officer (TO) Ferdousi Begum said parents and headmasters of different schools had informed about the fraud. Then we informed the concerned higher department about this matter. We have already started a campaign to make parents aware of the activities of fraudsters.