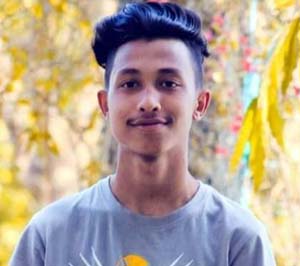 A schoolboy was stabbed to seriously injure while coming to Waz Mahfil under Sherpur upazila of Bogura district at around 10 PM on Friday .

The victim is identified as Sajib Hossain (16) son of Shahin Hossain of Kellaposhi village in Kusumbi union of the upazila and a ninth class student of the local Perfect Ideal School.

According to eyewitnesses and hospital sources, a waz mahfil was organized by the municipality cemetery and Hafezia Madrasa in the Hospital Road area of ​​the town from the evening of the incident.  And Sajib Hossain went to take part in that Waz Mahfil.

But before he knew it, a group of young men attacked him.  He was even stabbed in the back from behind.  At that time, the attackers fled when the people of Waz Mahfil came forward at his shout.

Later, the locals rescued him in critical condition and admitted him to Bogura Shaheed Ziaur Rahman Medical College (SZRMC) Hospital.

The injured schoolboy Sajib was rushed to the local Upazila Health Complex in a bloody condition.  When his condition deteriorated there, he was immediately shifted to Sheed Ziaur Rahman Medical & Hospital in Bogura . The condition of the injured school boy is critical, hospital sources said.

Meanwhile, several relatives, including Sajib’s grandmother Anwara Begum, said Saurav and his miscreants stabbed Sajib in Jagannathpara area of ​​Sherpur town. They allege that the incident took place due to prejudice.

Officer-in-charge (OC) of Sherpur Police Station Shahidul Islam Shahid said he had not yet received any written complaint about the incident.  In case of complaint, necessary action will be taken as per law.