Work with unity to make Chhatra League stronger in Gabtali 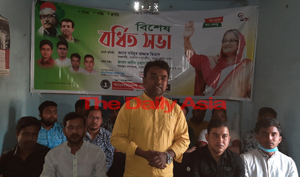 Work with unity to make Chhatra League stronger in Gabtali

Bogra District BCL President Naimur Razzak Titas said, “Everyone must work together to make the BCL stronger in Gabtali.” Praising the role and activities of the BCL in the municipal elections held in Gabtali, he called upon the BCL to play a leading role in all the works under the direction of the party in the future as well. He was speaking as the chief guest at a special extended meeting of Gabtali Upazila Chhatra League at the party office here yesterday.