HT Imam to be laid to rest at Banani graveyard 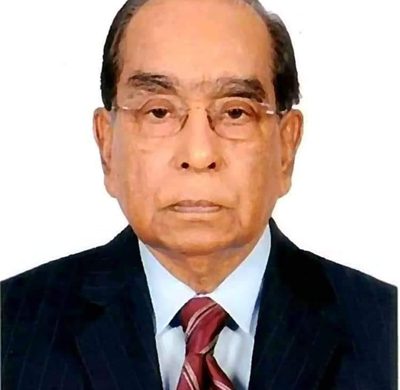 Prime Minister’s Political Adviser HT Imam, who breathed his last in the early hours of today, will be laid to eternal rest with state honour at the Banani Graveyard in Dhaka after Asr prayers.

Awami League (AL) Office Secretary Barrister Biplab Barua confirmed it through a status on his verified Facebook page around 8:30am, BSS reports.

HT Imam’s body was taken to Ullapara upazila in Sirajganj by a helicopter at 9:30am where his first namaz-e-janaza was held at Ullapara Akbar Ali Government College ground at 11:00am.

The body was brought back to Dhaka and kept at the Central Shaheed Minar from 1:30pm where people of all walks of life paid their homage.

From Shaheed Minar, his body will be taken to Gulshan Azad Masjid where his second namaz-e-janaza will be held after Asr prayers.

HT Imam breathed his last around 1:15am at the Combined Military Hospital (CMH), Dhaka.