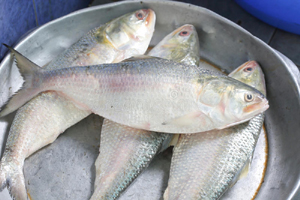 The government imposed a two-month ban on fishing, starting from Monday, in major five hilsa sanctuaries of the country aiming to conserve Jatka.

The ban will be started from March 1 and will end on April 30, the fisheries and livestock ministry said in a press release.

All kind of fishing will remain banned in five hilsa sanctuaries in six districts of the country during the period.

Hilsa has the highest contribution to the country’s fish production comprising 12 per cent or 0.55 million tonnes, according to department of fisheries.

The country has adopted a hilsa conservation porgramme a decade ago under which fishing ban is imposed in major hilsa sanctuaries during laying egg and also in the period of growing of baby hilsa.