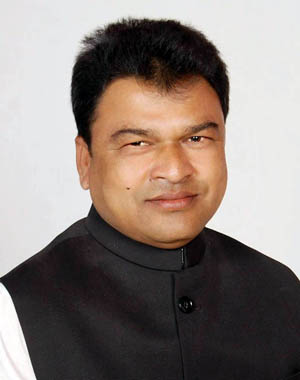 Dhunat Upazila Parishad chairman has been accused of taking Tk 3 lakh from a poor unemployed youth to get a job in Bogura. Abdul Hai, the elder brother of the job seeker, has lodged a written complaint with the police.

Abdul Hai Khokon, chairman of Dhunat Upazila Parishad and general secretary of Upazila Awami League, and Selim Reza, president of Gopalnagar Union Volunteer League, son of Sanwar Hossain of Mahishura village in the upazila, have been charged in the case.

Dhunat Police Station Officer-in-Charge (OC) Kripa Sindhu Bala confirmed the information on Sunday morning, saying a police officer has been assigned to investigate the allegation. If the investigation finds evidence of authenticity, necessary action will be taken as per law.

According to the complaint, Shamim Reza, son of Jasim Uddin of Konaganti village of the upazila is an unemployed youth. Onton’s family lacks him. Abdul Hai Khokon, chairman of the Upazila Parishad, took Tk 3 lakh for a job as a night watchman at Konaganti Government Primary School. He received the money about three years ago through Selim Raza, a volunteer league leader from Mysore village. Later, Abdul Hai Khokon failed to get the job in that post.

Abdul Hai, the elder brother of the job seeker, said, “I have given Tk 3 lakh to the upazila chairman through Selim Raza.” But he failed to give my younger brother a job. Later, I lodged a complaint with the police on Saturday night for not returning the money. Besides, on February 25, Selim Reza threatened to kill me and my father by detaining him at his business establishment in Mysore Bazar without returning the money.

Abdul Hai Khokon, chairman of Dhunat Upazila Parishad and general secretary of Upazila Awami League, said, “I don’t know anything about giving the young man a job.” He made false allegations against me at the police station.