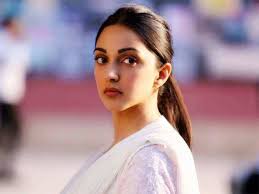 “The World to Come” is produced by Oscar-winner Casey Affleck, who co-stars as one of the women’s husbands.

He re-teamed with Ron Hansen, the author of the novel “The Assassination of Jesse James by the Coward Robert Ford,” on which Affleck’s breakthrough 2007 film of the same name was based.

Affleck insisted on a female director in Mona Fastvold, and said Hollywood was belatedly waking up to storytelling from a woman’s perspective.

“For a bazillion reasons that people are talking about more now, we’ve seen basically the same people at the center of the story,” he said. “We’ve gotten used to that — and there are all these other stories, of course.”

Tallie and Abigail (Waterston) must run their isolated households and help out on the farms while contending with freezing winters, frequent disease and even the loss of a child.

The latter is a common theme with Kirby’s other recent Oscar-tipped film “Pieces of a Woman,” in which her character’s home birth goes tragically wrong.

Kirby won Venice festival honors and is considered a frontrunner for this year’s best actress Academy Award for her performance in the movie, which also chronicles a marriage spiraling out of control, largely from the female perspective.

“The World to Come” opens in theaters Friday, and via streaming from March 2.