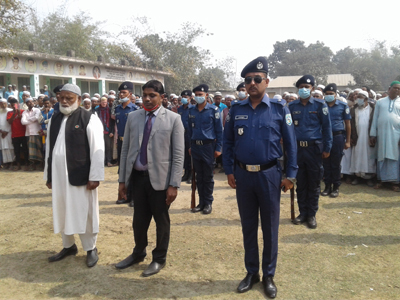 Md. Munir Uddin, a heroic freedom fighter from Singhari village of Haripur upazila of the district, passed away due to old age at around 10 last night.

His burial was completed at 11:05 a.m. on Wednesday under the leadership of Upazila Nirbahi Officer Mr. Md. Abdul Karim.

He was 130 years old at the time of his death. He died leaving behind seven relatives, including seven sons, four daughters and a wife.