In Dhunte one killed his second wife by consuming poison 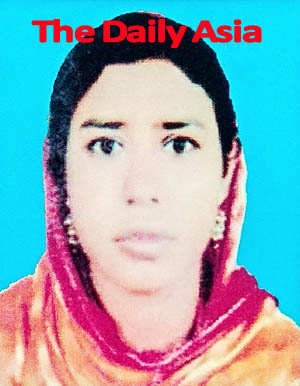 A 33-year-old housewife from Bogra’s Dhunat upazila has been accused of poisoning her husband to death by selling land from her father-in-law’s house. The deceased was identified as Anna, wife of Mozammel Haque of Ishwarghat village under Kalerpara union of Kali upazila.

Kali’s body was recovered from her husband’s house at 12 noon on Monday and sent to Bogra Shaheed Ziaur Rahman Medical College Hospital morgue for autopsy. Earlier, Anar Kali died at Dhunat Upazila Health Complex at around 3pm on Sunday.

It is learned that Anar Kali, daughter of late Amjad Hossain of Ishwarghat village of the upazila, got married to a young man of the same village with the consent of her family. Anna Kali was happily married for 15 years. Meanwhile, Mozammel Haque, a neighboring autorickshaw driver, fell in love with Anaar Kali with various temptations. When this incident came to light, Anne’s quarrel with her ex-husband broke up.

At one stage, on Saturday afternoon, Mozammel Haque and his first wife mixed poison with sweets in their house and fed it to Anna. When Anna Kali fainted, Mozammel Haque admitted her to Dhunat Upazila Health Complex. He died while undergoing treatment there. Mozammel Haque secretly prepared for the funeral without informing his relatives about the death of Anna Kali. After learning about this, Anna’s brother Abdus Chobahan informed the police. A case is being prepared at the police station.

In this regard, Mozammel Haque said, my wife is suffering from diarrhea after eating sweets. Anna was admitted to the hospital after vomiting and fainting. He died while undergoing treatment there. The allegation that he was poisoned to death is false.

Abdul Jabbar, a doctor at the emergency department of the Dhunat Upazila Health Complex, said diarrhea had been treated as described by Anar Kali’s husband.

Dhunat Police Station Officer-in-Charge (OC) Kripa Sindhu Bala said the body of Anna Kali has been sent to the morgue for autopsy. A police officer has been assigned to look into the matter. Action will be taken as per his investigation report and autopsy report