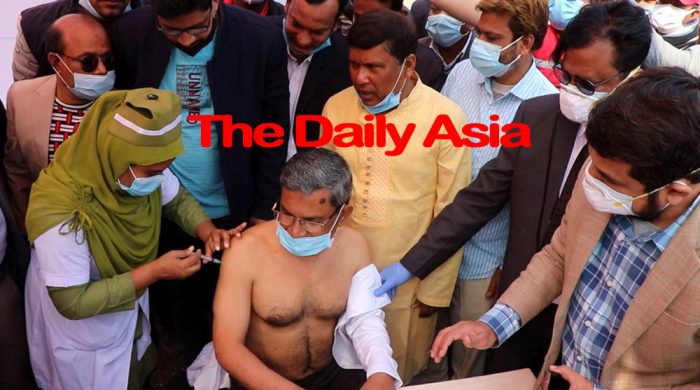 The trained health workers administered the vaccine in the presence of Pabna Civil Surgeon Dr. Abdul Momen and other health officials and doctors.

As of this writing, no adverse symptoms have been reported in those who have been vaccinated.

Pabna Deputy Commissioner Kabir Mahmud said that in the first phase, Pabna General Hospital Kam Pabna Medical College Hospital will have 8 booths and 3 booths in each health complex in 9 upazilas. On the first day, 100 people were vaccinated in Pabna, he added.

According to the official sources said a total of 84,000 doses of corona vaccine will be given in Pabna at the initial stage. Earlier, samples of 25,8744 people were collected in the district so far.

According to the records of the health department, 16 thousand 75 people in the district are positive. 11 people of different levels have died.