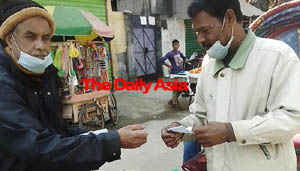 On Sunday (February 8), a five-day strike will be held in Bogra Municipality to issue trade licenses for autorickshaws, vans and easybikes, vandalize autorickshaws, stop physical and mental torture of workers, stop parking of vehicles with motorcycles on the roads and vacate sidewalks. Autorickshaw-Van Workers and Owners Struggle Council.

The leaders said the police administration has caused misery to the people by not allowing battery powered transport to enter from Baragola to Ikubia School Junction, Chelopara Bridge, Georgecord BRTC Canter, Thanamore and reduced the income of the workers. Therefore, the leaders called upon the workers, owners and garage owners to carry out a three-wheeled battery-powered transport and go on a day-long strike on February 8 and at the same time called upon the people at all levels to support the strike.