Lineman dies of electrocution in Nandigram 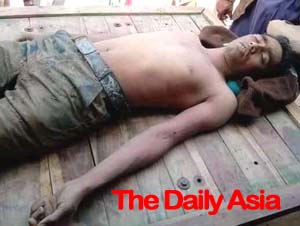 A line man named Rezwan (18) died in Nandigram of Bogra. The incident took place at Muraridighi village in Bhatra union of the upazila.

It is learned that lineman Rezwan (18), a contractor of BograPalliBidyutSamiti, died on the spot after being electrocuted while installing a neutral wire in Muraridighi village at around 1.00 Pm on Friday. Another was seriously injured in the lightning strike.