Rab arrested 2 with cannabis in Sherpur 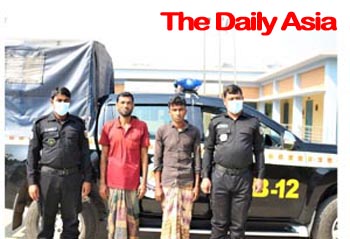 According to the press release, an expedition team led by Assistant Superintendent of Police Muhammad MohiuddinMiraj, the company commanderin charge of the special company, conducted an operation and arrested them along with 1 kg 100 grams of cannabis.  At that time 2 mobiles used for buying and selling drugs were seized.

Besides, a case has been filed against them under the Narcotics Act at Sherpur police station.