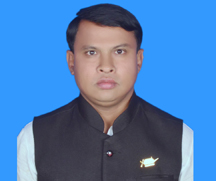 Police have arrested Sultan Mahmud, 35, president of Upazila Swechchhasebak League, on charges of check fraud and embezzlement under Dhunot upazila in Bogura. He was arrested from Zero Point area of ​​Dhunat Bazar around 5:30 pm on Thursday. Sultan Mahmud is a resident of Sadarpara village in Dhunat municipality.

According to police and local sources, Sultan Mahmud was elected president of Dhunat Upazila Swechchhasebak League in 2016. From then on he became involved in various immoral activities including administrative lobbying and recruitment trade.

He extorted crores of rupees from more than one person by promising jobs in various organizations including constables, teachers, banks and health department in the name of ministers, MPs and administrative officials. While taking money from all the job seekers, Sultan Mahmud gave a check of his savings account at Rupali Bank Dhunat branch. But he did not have any money deposited in that bank account number.

Due to these reasons, several cases were filed against him in the police station and court for check fraud, fraud and embezzlement. On November 8, 2019, in a case, the court issued an arrest warrant for him with a fine of Tk 9 lakh and one year imprisonment without pay. Police arrested him in the case about a year ago and sent him to jail. He recently returned to the area after serving a prison sentence and became active in politics. Police have re-arrested him in two more cases.