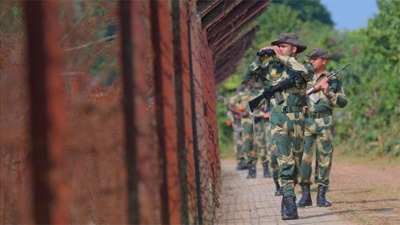 The Indian Border Security Force (BSF) says it has fired three officers and transferred 12 others for their alleged involvement in cattle smuggling.

The country’s Central Bureau of Investigation (CBI) has been investigating the involvement of BSF officials in cattle smuggling in the South Bengal border area since last year.

But the BBC has learned that a commandant wrote a letter to the director general of the force at least four years ago. Even then, the question arises as to why no action has been taken in so many years.

Some BSF sources said, “There were ghosts in the mustard. Some of the senior officers who were involved in anti-corruption and cattle smuggling were also named. A few of them have come forward, but many more were involved. Some of them left the BSF for other forces Gone, or let them go, someone quit their job. “

He said, “We have to separate the dishonest from the honest workers. There are strict measures in place to monitor the staff-officers. Today or at least one day later we will get the news that we are colluding with any officer or jawan.” “The CBI has also given us some information. Those who have been found to have irrefutable evidence have been punished and dismissed.”

But a question is being raised within the force that a part of the BSF officers are involved in cattle smuggling, a commandant named Raj Kumar Basatta said in a letter to the Director General on January 5, 2016.