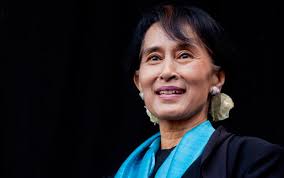 Police documents show that he has been remanded until February 15.

Allegations against Aung San Suu Kyi include violations of import and export policies and possession of illegal communication devices.

It is unknown at this time what he will do after leaving the post. He is thought to have survived an earlier attempt to oust him following Mr Jiang’s intervention.

Documents show that charges have also been filed against ousted President Win Mint. He has been accused of violating the law banning gatherings during the Covid epidemic. He has also been remanded for two weeks.

Neither the president nor Ms Suu Kyi has been seen or heard from since the army took power on the morning of February 1.

The 11-member military junta that took power in a coup led by Armed Forces Chief Min Aung Laing will rule the country for a year with a state of emergency.

The military has accused the move of rigging last November’s election. In that election, Ms. Suu Kyi won a landslide victory over the National League for Democracy.